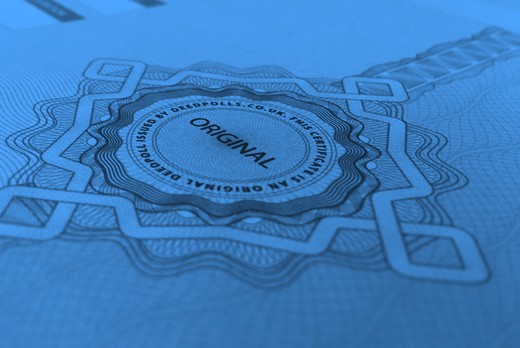 The History of The Deed Poll

The very first deed poll document appears to have been issued back in 1851. It is, in fact, on display at The National Archives at Kew in Richmond.

The name ‘deed poll’ may seem like a strange one. There is a reason for it, of course. A deed is a written legal agreement, however, unlike a standard contract, a deed must be shown to everyone involved. This part makes sense, but where does the word ‘poll’ come from?

‘Poll’ is an old English word, and it describes a legal document that has been cut around the edges to ensure they are straight (a practice known as polling). This was done so that anyone looking at the deed could immediately see that it was meant to be signed by just one person, rather than being an indenture (a deed signed by more than one person) that was incomplete. To make things even clearer, the indentures would have had a serrated edge, which was also to help guard against forgery.

Deed polls are used for changes of name in the UK, Ireland, Singapore, and in Hong Kong. In the UK, the same document can be used to change a child’s name, although this cannot happen until everyone with parental responsibility for the child consents. This could be a biological parent, an adoptive parent, or a guardian set out in an IWC will, for example.

In other countries around the world, someone can change their name without any legal documents required. In these cases there are very few requirements at all, and the main one is that the new name is used exclusively (ie the old name is no longer used at all). You must also promise not to change your name with any intent to defraud.

Australia did have the deed poll system up until 1st November 2000. After that the process became a simpler one, and only a change of name form is needed.

If you need any help or advice when it comes to your deed poll and what you need to do, please don’t hesitate to get in touch.