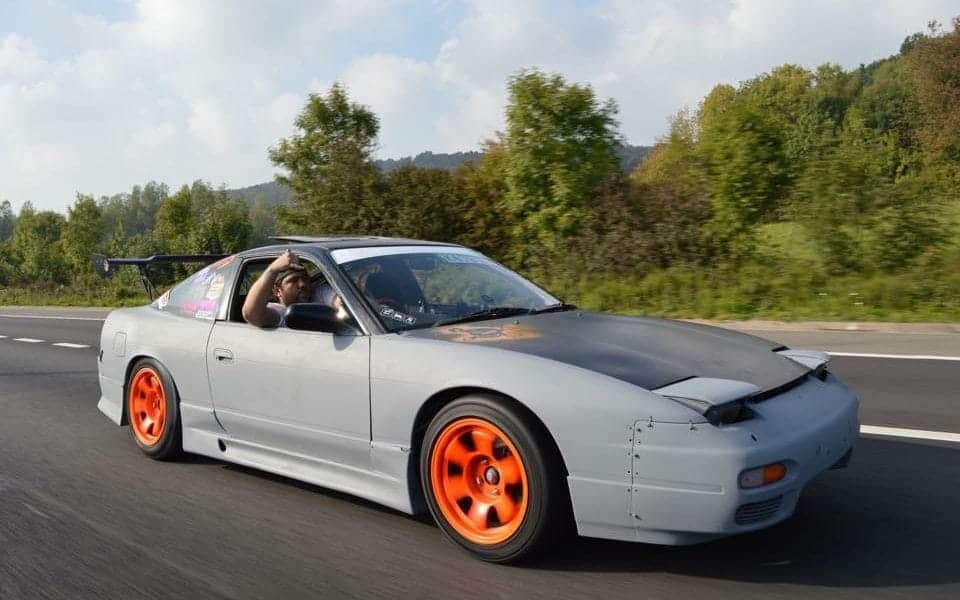 10 things no one tells you before you change your name

In 2015, a record 85,000 people changed their name by deed poll in Britain, with creative new monikers including Bacon Double Cheeseburger, Sarge Metal Fatigue and Simply MyLove Poet. Here, Bowser ijustwannadrift Moore reveals everything he’s learned since joining the ranks of the newly named…

My original name was Craig Moore but, one year ago I changed it to Bowser ijustwannadrift Moore. It wasn’t really a case of not liking my name or anything like that, it was more just a spur of the moment decision, a mad idea. There is a whole host of reasons people may choose to change their name – from personal problems to changing an embarrassing surname. But there are some things you should know before you change your name…

1. It can be difficult to choose a new name

I had been called Bowser by my friends for years – after the villain from the Super Mario series of video games.. A few of us had nicknames, and my friend Twigs – which is his own nickname – came up with mine. And it just stuck. I was called Bowser more than Craig, so why not change it officially?

As for the ijustwannadrift part, I’ve been a drifting enthusiast for ages as well, so I came up with that as a good middle name to tie in with the first and last. I decided that I didn’t want to change my family name – although many people do. So whilst it wasn’t difficult for me, it can definitely be difficult for others.

Changing your name in Britain is simpler than opening a bank account. You just go online, spend 10 to 15 minutes filling in an online form and then pay your money. Then you simply wait for your documents to be processed and come through. When your documents arrive you have to sign them in front of a witness, send them back, and that’s it done – your named is changed.

3. There are certain restrictions

I don’t personally know of anyone who has changed their name to a level as strange as mine, but if they wanted to go more alternative, there are some restrictions.

Your new name, for example, cannot include numbers, punctuation marks – other than hyphens or apostrophes – or any other symbols. It must be pronounceable and you can’t go above 250 characters for a first name, and 50 for a last name – which is still very long.

Happily, these limitations didn’t mean I couldn’t have my new name.

The process itself takes around four working days, but can be as cheap as £33 – which I think is something that surprises a lot of people. However, I ended up paying around £60 in the end, as I wanted next-day delivery for the documents and a couple of extra deed poll copies.

5. Your friends won’t believe you at first

Even though I’d been talking about it and told my friends that I was going to go through with the name change, none of them believed me. I think because it’s still a relatively rare thing for people to do – 85,000 people changing their names last year was a record high, but that’s still way under 1 per cent of the British population – your friends just don’t believe you’re going to go through with it.

Mine all still thought I was joking until my driving license came back. And I’ve never heard the end of it from my Mum!

6. There are some legal and religious restrictions, too

There are also a few religious and legal reasons that don’t allow you certain names. Things like Jesus, Saint, Satan or Lucifer aren’t allowed because they’re all considered blasphemous. You’re legally not allowed to change it to anything like a company or organisation name, or to promote political opinions or racial hatred or anything like that.

First names also aren’t allowed to give the impression that you’ve got a title, rank or certain level of education – so no Doctors, Sirs, or Admirals!

These rules are just sensible, making sure that you don’t offend or get away with illegal things. There isn’t anything that really undermines the freedom or creativity of it.

7. There’ll be a lot of explaining to people

When you change your name, people will either not believe you or just be really confused. As my middle name suggests, I love to drift. So, being out in my car a lot, I tend to get quite a bit of attention from the police. In the first few weeks of my changeover of name, I got pulled over. And, unbeknownst to me, I didn’t know that the police national computer isn’t regularly updated with the DVLA.

So the officer spent about 20 minutes trying to find Bowser ijustwannadrift, and it looked like I didn’t exist. I was almost arrested for that, actually – I had to show him my deed poll, and he spent the next ten minutes trying to get his head around why I’d chosen that name.

8. You’ll never remember to tick all the boxes

It’s amazing how many places you’ll need to update your name. Really, the number of documents and companies we’re registered to is staggering and, even now, one year on from my name change, I’m still discovering forms and finding places where I’m still listed as Craig Moore. I managed the notification process myself and its taken such a long time! I’d now recommend www.easynamechange.com/uk, who specialise in getting your records updated. For just £20 you’ll get ready to send letters, forms and emails.

Although it’s not difficult to get a few more copies of your deed poll if you need to send it away or show it to people to get the name changed, it will certainly surprise you how often you have to go through this process. Most places don’t charge you to change your name, but the annoyance really comes with waiting times – and the periods you have to survive without a bank card or driving license.

9. More people have changed their name than you may think

I think there is going to be a lot more changes of name in the future. But more people than you think will have already changed their names. Of course, most people out of that 85,000 per year will not have changed their name in a random moment of madness like me. Not everyone can be called Bacon Double Cheeseburger or Sarge Metal-fatiguealot.

Rather, they’ll have done it for more personal reasons, such as in the fallout from divorces, to escape an abusive partner or to anglicise their names if they have come to this country from elsewhere. Sometimes, it’s even as simple as changing an embarrassing surname from ‘Smellie’ to ‘Smiley’.

10. Despite some raised eyebrows, people will accept you when it matters

I’m currently in a relationship and my partner isn’t at all fazed by my alternative name. So really that’s a win win for me. And, in general, it’s really just been more of a conversation starter than something people get hung up on. It breaks the ice in social circles and helps everyone – both me and others – relax.

Since my name change I went for a new job as a technician – one I happily have now. The name worked in my favour in the interview process. You stand out, it helps me be myself and, as I said, it means you’re never short of something to talk about.